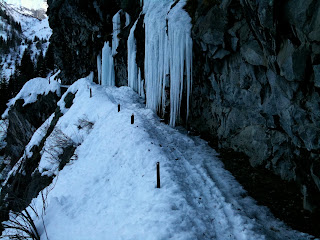 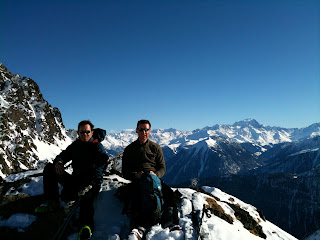 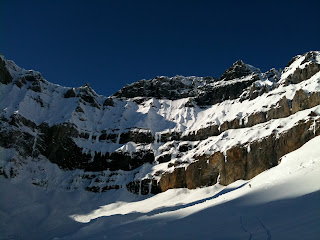 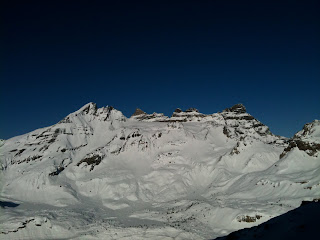 Chris Dovell and Simon Warren and I went to explore behind Les Marcottes. We took the lift up to the top of the resort and then climbed up to the La Golette in just over an hour. At the top we were greeted with a spectacular view of the Dent du Midi. We skied down to the lake in powder over fabulous undulating terrain. We then stuck the skins on again and climbed up to the Col d'Emaney with Chris ploughing a track for us.
We were greeted by another jaw dropping view. We then skied down some complicated terrain into a deserted valley. Getting out of the valley was not without interest, but just added to the adventure. A brilliant day in the wild mountains where we saw no one.
Posted by Mark Seaton at 5:47 pm