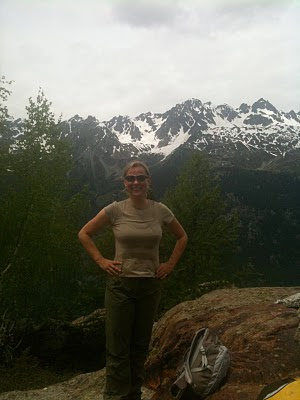 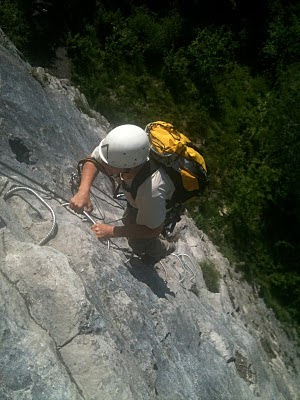 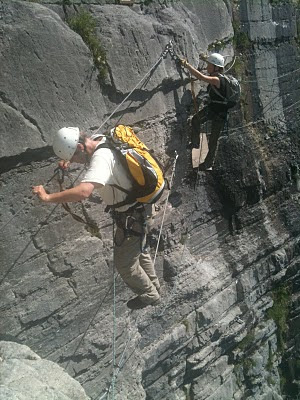 Norrie & Jane Nicoll called me the other week [I climbed Mt Blanc with Norrie 15 years ago] and they said "what can we do for 3 days which will be fun, not to tiring and not too scary [Only a little scary]"
So on our first day we climbed the beautiful long Via Cordia. The next day I persuaded them to do the Via Ferratta at Plateau D'Assey [as featured in the MTMG video]
Then yesterday the plan was to go for an expedition on the Mer de Glace and learn how to use an Ice axe and crampons. However this didn't work because as we were waiting for the train it was announced that it had closed because the wind was too strong.
So we needed a plan B. As so often in this game there was no plan B, but we quickly came up with one: It was to go and climb the magnificent voie Caline.
Posted by Mark Seaton at 11:35 am