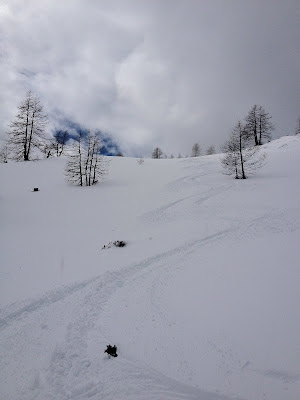 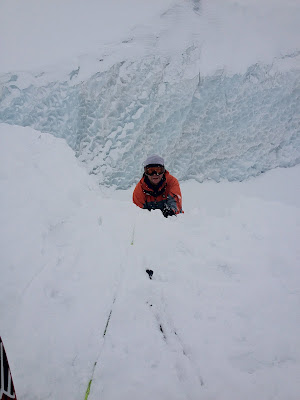 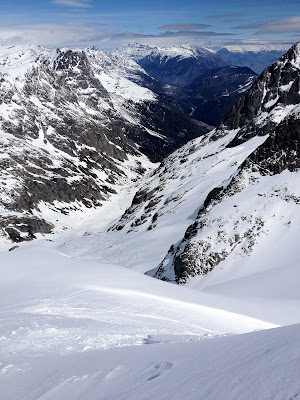 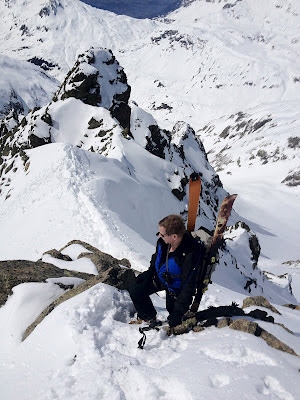 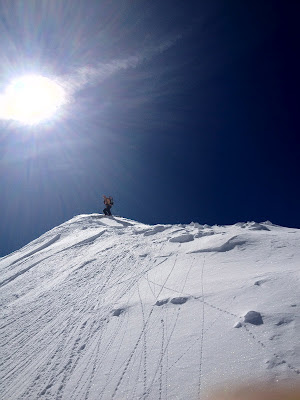 Peter Folkman had a long term plan to head to the Dolomites for some ski touring. It became apparent that there was no snow.
We changed plans and agreed to head to the Bernese Oberland, but as our week got nearer it was clear that the weather was not going to be co operative for Hut to Hut touring.
Nevertheless we did get some good skiing in.

The stand out days were our descent of the glacier de Morte behind La Flegere where we had knee deep un tracked snow to ski.

It did snow a lot and we had a day skiing the top of Grands Montets in poor visibility but lots of fluffy snow. Plus some crevasse rescue

I think the most rewarding day was when we drove around to Arpy next to La Thuile and climbed the Punte Crocce. This is a wonderful ski tour that leaves from the road head and winds its way up through the trees to a summit with an old Napoleonic ruined Fort with a wonderful view point. Almost as a bonus we had excellent skiing back to the Land Rover. Even better saw no one.
Posted by Mark Seaton at 10:18 am