Stand Out climb of the season so far..

Peter Little turned up for a weeks climbing. Peter, having climbed everything in the Alps that its practically possible to climb is always looking for the thinking climbers climb . With this in mind we headed of to climb the classic ridge the Arrete de Saille on the Grand Muveran , high above the Rhone just before Sion. 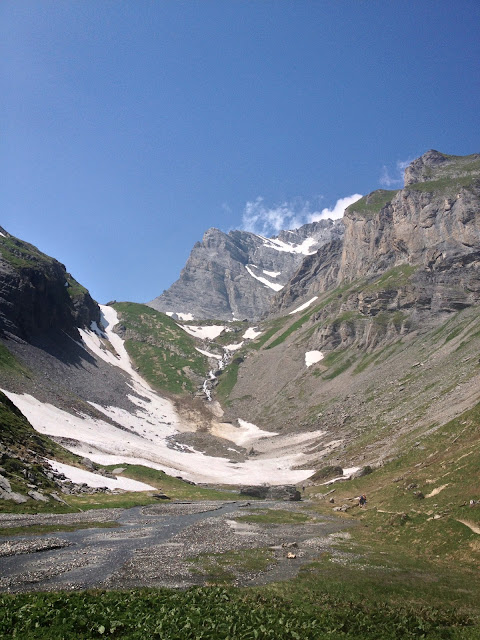 We walked up to the Cabanne Rambert from the top chair lift of Ovronnaz. The hut isn't great primarily because it is run for the sole convenience of the Hut Guardian and not the customers. For example he insisted in cramming everyone in the same dormitory where it was hot and stuffy and I was very pleased when it was time to get going in the morning.

The climb its self is truly fantastic . It consist of 7 pitches of spectacular climbing in a stunning setting , with the added bonus of seeing no one all day. However when the climb was over , there was a very very long ridge to reach the summit, which quite frankly could have done with being shorter. 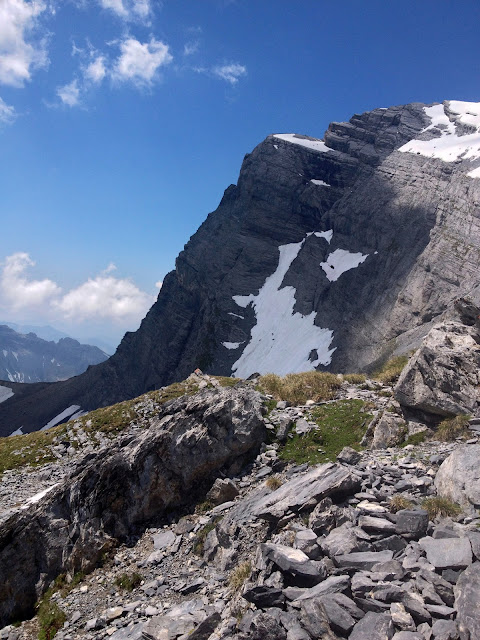 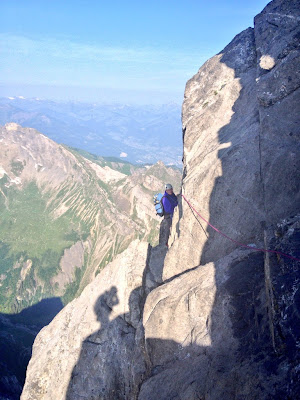 The reason we had headed off for such a big route without warming up on some easier routes was because the forecast for the week had been indifferent for later in the week. Although the actual weather was never that poor , the forecast had always been bad and so we couldn't plan for another big route. We therefore did a lot of different rock climbing the second standout route of the week being "Missing a Meter" at the Col de la Colombiere.