We Have Big Big Snow.

Just finished a week of exceptional skiing with Francis Bridgeman. It is part of the adage. "Give me bad weather and good snow as opposed to good weather and poor snow because [if you have the right mind set] you are going to get memorable skiing.
Last week was very good. As ever the recipe is to be flexible and prepared to travel at a moments notice - go where the snow is good. 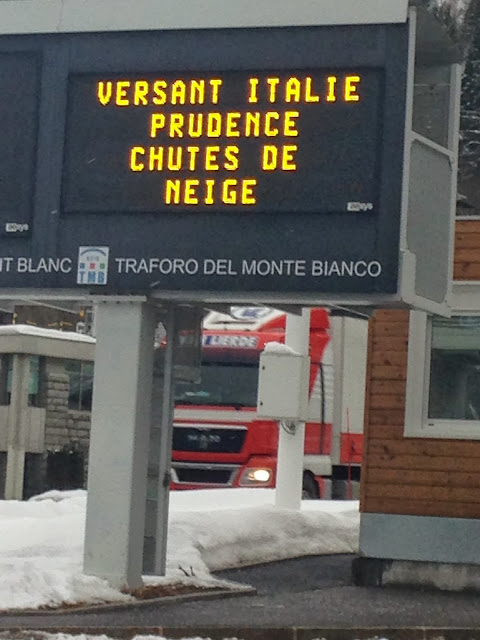 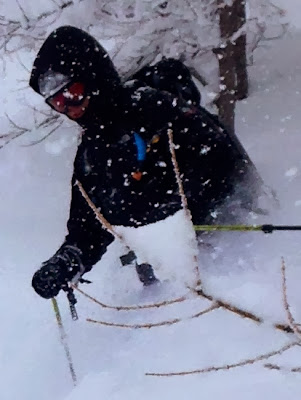 On Thursday there was a snow fall which was perfect just enough snow to make it good but not enough so that the Compagnie du Mont Blanc had no excuse to open the lift system. We skied at Le Tour - the best conditions I have had in the last 15 years. 30 cm of fresh snow which had fallen without wind. Plus it was relatively quiet thanks to Grands Montetes sucking up all the people who think that is the only place to ski off piste.
On Friday we found our selves in the middle of an almighty snow storm. We headed to Combloux and while there was good snow finally there was too much snow and it got to heavy and actually getting around became a real issue let alone actually skiing. still I nice problem to have.
So Monday we skied La Flegere - Tuesday Courmayeur - Wednesday- La Thuile Thursday- Le Tour Friday - Combloux.
Posted by Mark Seaton at 9:40 pm