We were told by our friends Jeff and Faerthen that the conditions in the Vallee Blanche were exceptional. I saw this as an oppurtunity to ski with my daughters Sophie and Andrea. [Florence has her foot in plaster]

So on the last day of the year and the first time ever I have skied the Vallee Blanche so early in the season the 3 of us , accompanied by Jeff and Faerthen headed off.

The big issue is the Arete on the Aiguille du Midi because it had not yet been equiped and therefore it is essential that everyone has crampons. Unfortuanetly there were several cramponless idiots who got them selves stuck and created a bad traffic jam. Sophie was not impressed and sugggested that we climb around them on the north face [Sophie is 7 years old] This is what we did. Still it took an hour of stress to get down the ridge.

Once we were down and had our skis on it all seemed worth it, because the snow and the tranquility were as good as I have ever known it. 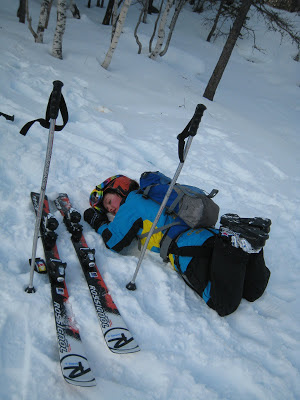 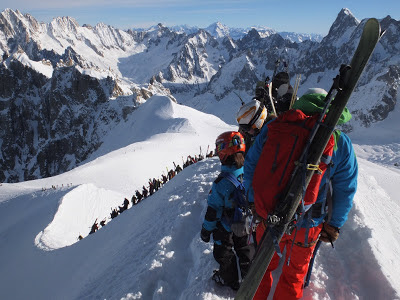 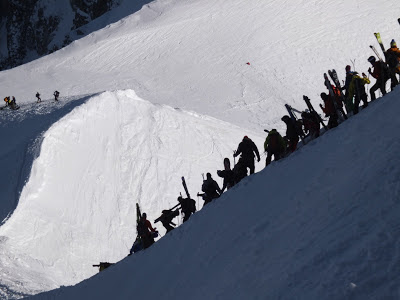 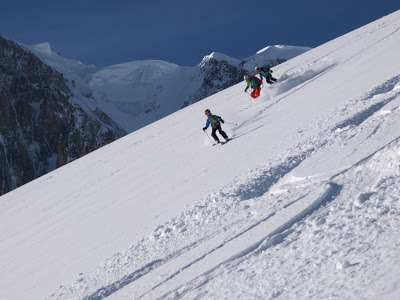