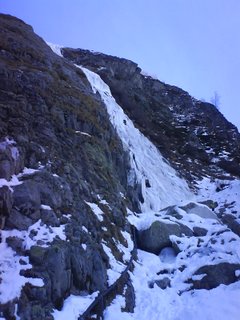 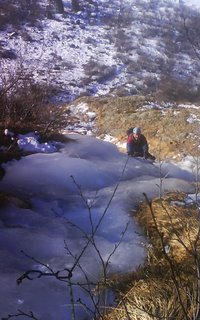 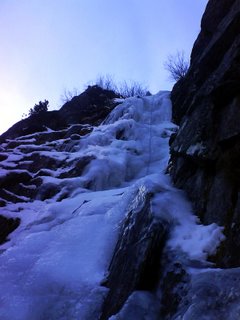 We seem to have had days and days of beautiful cold clear weather the result is that many of Chamonix's ice-falls have come into condition. Roger Cunliffe and I have been able to spend the last four days climbing some fantastic ice climbs in and around the Chamonix valley.
Posted by Mark Seaton at 6:30 pm No comments: 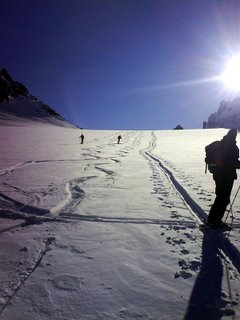 We thought the snow was good yesterday but today it was even better and we had good clear weather. Tom Henry Xavier and I drove through the Mt Blanc Tunnel and caught the cable car up in to the Valley Blanche. We then skinned up to the col du Freshfield. In the afternoon we skied the Glacier du Toule and again we saw no one.
Posted by Mark Seaton at 6:09 pm No comments: 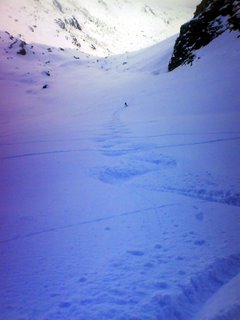 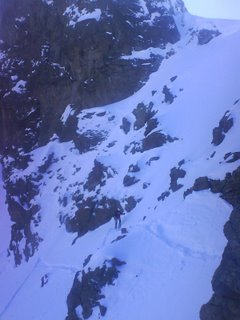 Despite the fact that most of the skiing is not yet open in Chamonix there is infact loads of good snow. Today Tom Lyster and Henry Faure Walker and I skinned up to the Col de La terrace and then skied untracked light snow all the way back to the Land Rover. We saw no one all day.
Posted by Mark Seaton at 4:47 pm No comments: 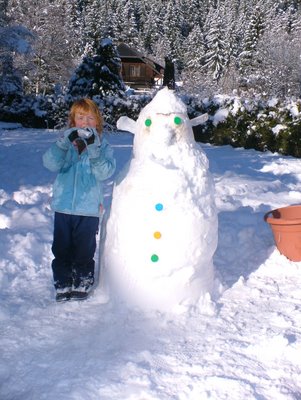 The snow has at last arrived. We had about 20 cm of fresh in the garden. It has been raining all week and snowing down to about 2000 meters.
None of the lifts are open for skiing as yet. Les Grands Montets have some "technical problems" which is nothing new. They decided in October that they better change the cable car cabin. The new one was ordered and would have been delivered but the lorry driver went under a bridge that was too low and sliced the top off the new cabin. The year before they did exactly the same thing with the new cable for the Aiguille du Midi and got that stuck.
Posted by Mark Seaton at 8:45 pm No comments: