James Vernon joined me for a week. The aim was to have a bit of a refresher, get some acclimatisation under our belts and at the end of the week make an attempt on Mt Blanc.
We kicked off with a day on the Mer de Glace. The weather was unpleasant cold and rainy, by the time we got off the Montenvers train it was snowing. It turned out to be a good use of the day because ice axes and crampons are impervious to the rain. 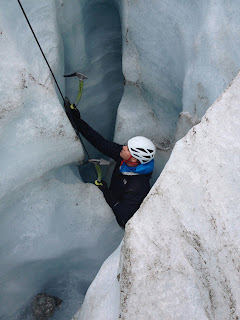 The next part of the plan was to gain some valuable acclimatisation and I came up with plan to combine this with some ski touring. The Guardian at the Mantova Hut said skis would be by far the best way off getting around. The journey passed by Arnad so we stopped for some brilliant rock climbing before picking up the cable car in Staffel and then skiing to the Hut.

We spent two nights and climbed two 4000 meter peaks, Pyramid Vincent and Balenhorn. We were treated to excellent skiing and sparked a lot of jealousy from the mountaineers on foot. 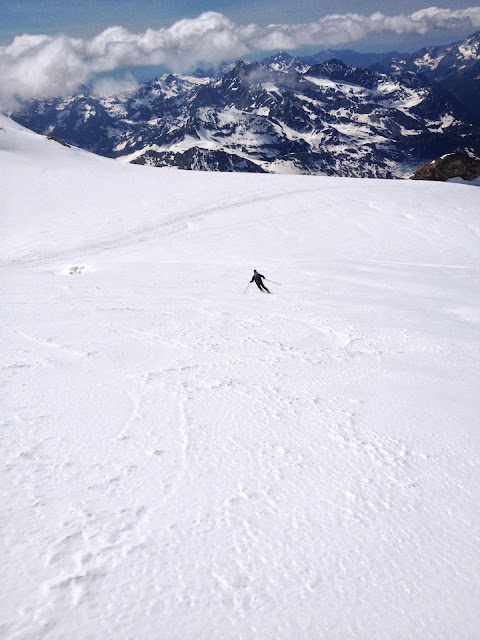 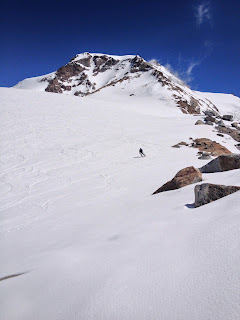 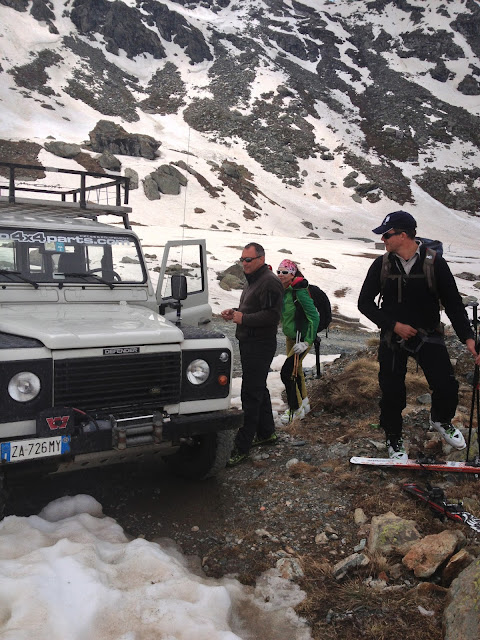 We were now very well acclimatised and in good shape for our attempt on Mt Blanc. It was at this stage that the plan unraveled. The weather had other ideas , we had to cancel the reservation in the Cosmiques Hut and go rock climbing instead.
Still an unusal week combing many of the facets of Mountaineering.
Posted by Mark Seaton at 5:54 pm No comments: 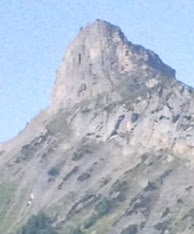 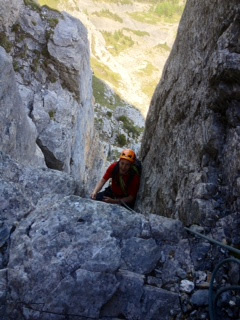 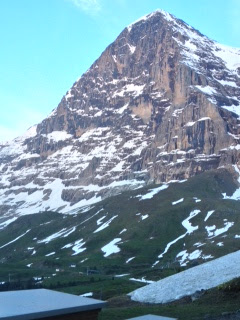 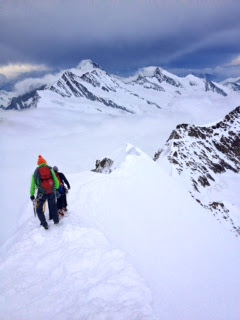 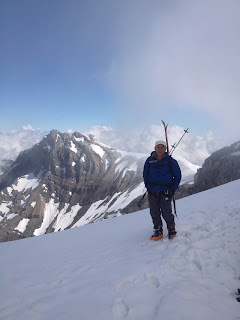 Posted by Mark Seaton at 2:35 pm No comments: