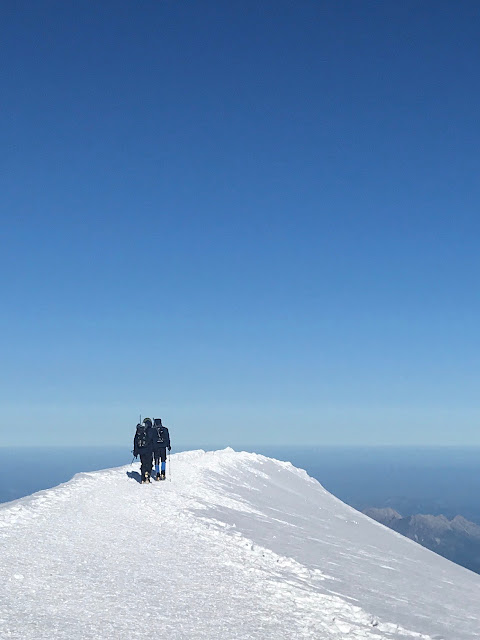 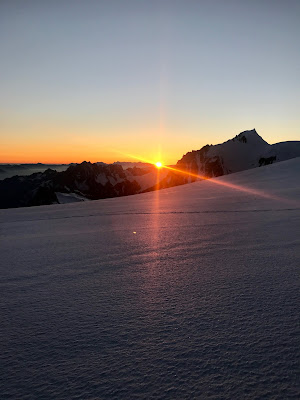 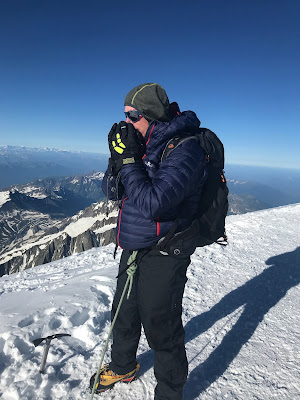 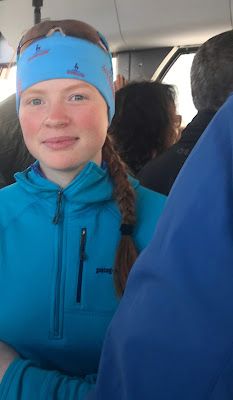 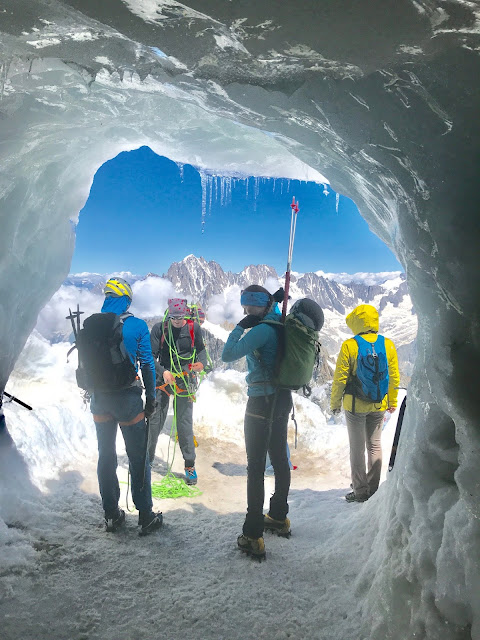 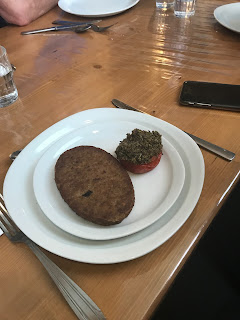 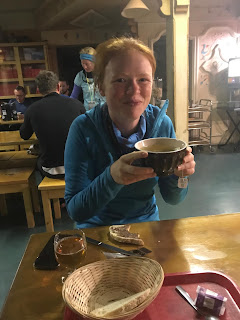 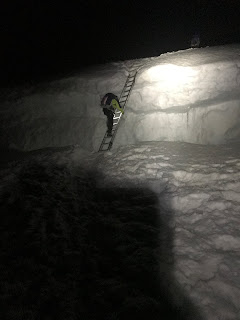 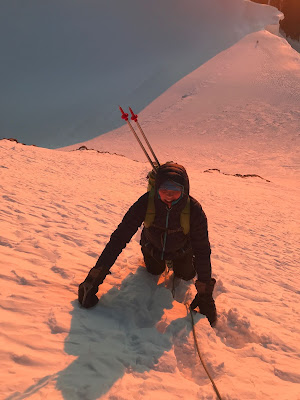 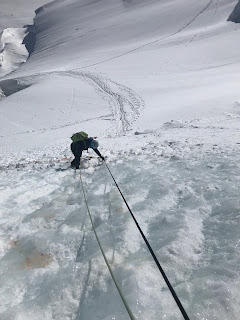 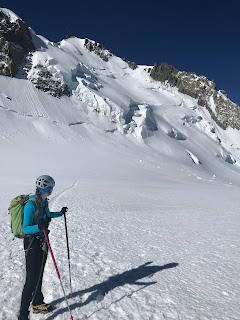 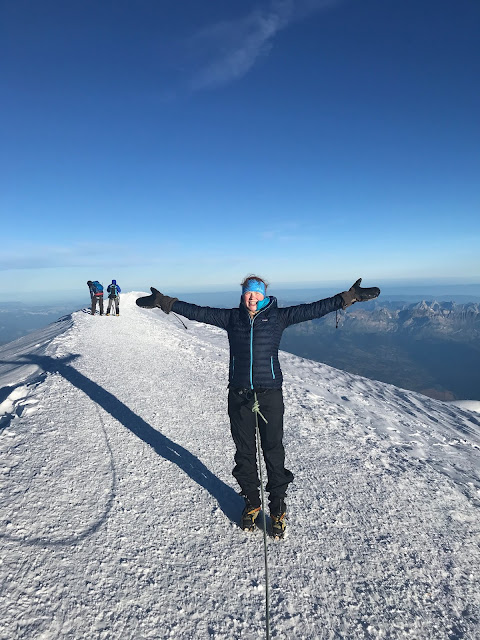 Posted by Mark Seaton at 2:34 pm No comments: 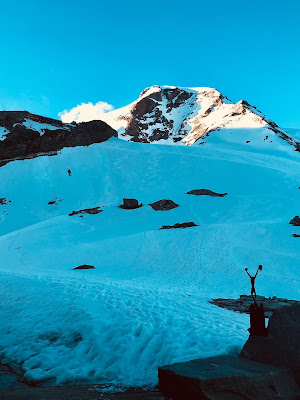 Steven Kellock flew in from Montreal. After on night in Chamonix , the next night was in the refugio Mantova 3500m high above Gressoney Italy. In other words straight into the alpine climbing experience. We were keen to maximize the great weather forecast especially becaue the last time Stephen and I climbed together [2016] the weather had been, at best , mixed and we had not really been able to get into the really high mountains. This was one of the reasons I had chosen to take Stephen to the Monte Rosa region: The largest part of western Europe which is over 4000 meters. After some preparatory hikes around the glacier [where we hit the 4000 meter mark] we headed to the Refugio Gniffeti 3600m just as the beer supply arrived by helicopter. 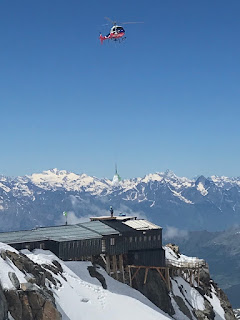 We spent a couple of nights here climbing Pyramid Vincent 4212 ,the Balenhorn 4167m, and the Ludwigshohe 4343m. 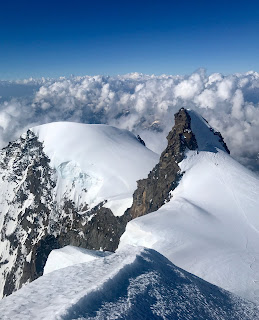 Despite it being a fantastic trip , unfortunately Stephen picked up a nasty blister on the heel of his foot. The blister severly restricted what we could do. So instead of climbing routes with long approaches we opted for routes with shot approaches but spectaucular situations. Chamonix is one of the best places in the world to do this. We climbed the Clocher -Clochotons high above Le Brevent 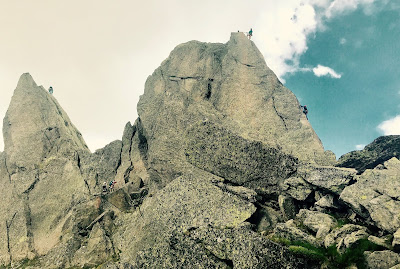 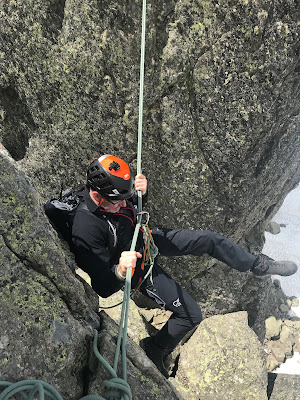 It was so good that we returned the next day for some more rock climbing in an amazingly remote location. 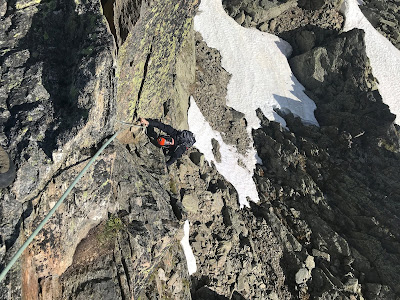 We mixed it up a bit and Stepehen experinced his first Via Ferratta the Via des Evettes at La Flegere. The final bridge must have a back drop as fine as any in the world. 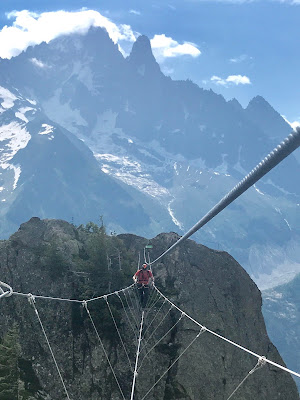 Posted by Mark Seaton at 2:31 pm No comments: