And we are off: Start of the winter season 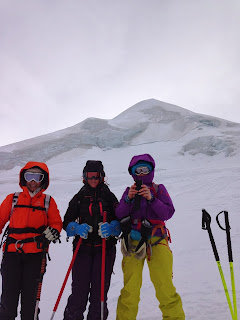 The skiing season started on the 9th December when Catherine , Bella and Lucy-Kate rendezvous in Saas Fee for an early season attempt on the 4000m Allinhorn. This ended up being a little too ambitious for the prevailing conditions. These conditions turned out to be little snow . What snow there was was like concrete. There were gaping holes in the glacier and we had what was a "jour- blanc" ie no depth perception. So instead of potentially ending the season before it started we spent the day learning how to build snow anchors, and the basics of safe crampon work. All money in the bank for our next trip in February.

Next Geoff and his daughter Aimme Gosling arrived for four days off piste skiing. The issue was there was not much new snow just beautiful clear weather. So it seemed like a good time to introduce Aimee to the delights of ski touring. We spent a day in Megeve and then Walter the Mountain Dog joined us for a trip to the summit of the peaklet L'Arpile. 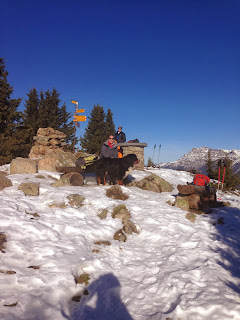 Despite only blue skies for 3 weeks the skiing on the descent was very very good.

Infact it was so good that when Katie Locke joined me for some ski touring Walter and I took her back up there. The only difference was that finally the weather had changed and it had finally began to snow. 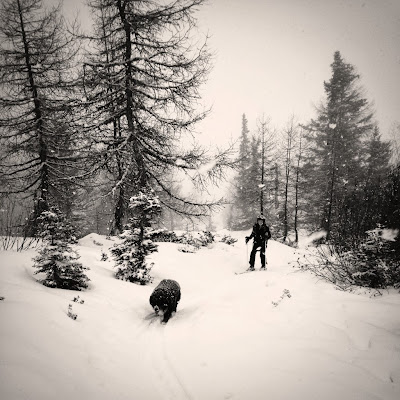