In mid December I was in Alps d'Huez where a big dump of snow had made for some very good conditions both on and off the Piste.  I was there to support my eldest daughter  Andrea ,through the dreaded Euro-Test.  This is the the race that everyone must pass if they want to become a fully qualified ski instructor working in Europe.

The Eurotest is a timed Giant-Slalom race that compares competitors against the best skiers in the world. Men are required to come in within 18% of their time and women 24%.

The race organisers appoint representatives called “openers” to set the time at each race. Each of these openers must have scored sub 50 FIS points and are selected from various countries.

Each opener is calibrated and given a coefficient, this is then used to compare them to the world’s best.

For example Andrea made her first attempt to pass it exactly a year ago. She has been skiing and racing since the age of four.  Last year  she came straight from    Val Thorens where she had just won the oldest ski race in the world the Varsity, but still missed the required pass time for the Euro-Test.

This year she decided to not ski for Cambridge University, but instead sign up for a weeks dedicated race training and preparation on the same slope which she would have to do the timed race.  She worked very hard all week, through some horrible weather and viscous winds.

I was concerned that the weather was going to be against her and the race might be cancelled.  The other thing that is completely out side the skiers control is the start number you are given.  A high start number will give you the best chance on the first run, but if you don't get the time on the first run then on the second run the order is reversed and you will end up racing down a rutted course which will make it much much more difficult.  The worst scenario is a middle order start number.

The night before the race, Andrea prepared all her equipment.  She had brought two pairs of identical skis with her.  One pair to train on and one specially prepared by her coach Elly for the race and were untouched.  The edges were frighteningly sharp.  I thought you could cut your self badly just by looking at them.

The alarm went  off at 6.30am.  Andrea ate her breakfast slowly knowing that although she was very nervous it was key to fuel up.  Next there was the fight to get into her her race Cat Suit.  She then left for the morning meeting where she had to register and get her Bib with her start number. She said you could smell the fear and cut the atmosphere with a knife.  So much resting on this race for so many budding careers.  Many people from everywhere , some who had been trying for years.

I stayed in the flat to clear up and wrestle all her equipment out of flat and into the car.  It never ceases to amaze me exactly how much equipment ski racers need.

Andrea texted me with her Bib number:  It was 4.  A great number but it meant she had to go for it on her 1st run.

The weather was good.  far better than had been predicted .

By the time I arrived at the bottom of the race Andrea had run the course and her time had been written on a big white-board. 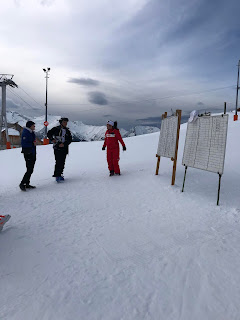 The time looked good , but until there had been a lot of people down the course it was impossible to tell and adding to the stress, the pass time had not yet been calculated.

We hung around and as more people finished it was becoming clear that Andrea's time was good. 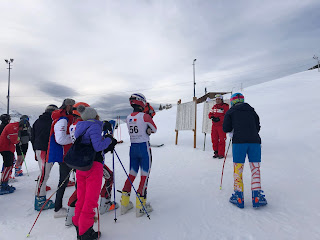 Eventually the pass time was announced .  Not only had Andrea had got the time , she was the fastest women down the course.

If you pass the first race , under the rules you don't have to  run the second race.  It was just a question of waiting for Andrea's friend Emie to run the second race as she had not managed on the first.  Fortunately Emie got the time on her second run, which was a relief not least because it would have been difficult driving them back to Chamonix with one having passed and one having failed.


So it is now on to the next stage of the Ski Instructor programme, where they will learn about off piste skiing , navigation and avalanche awareness. 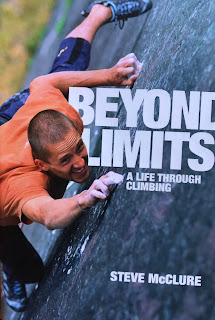 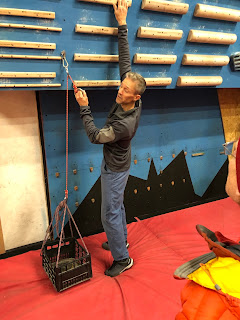 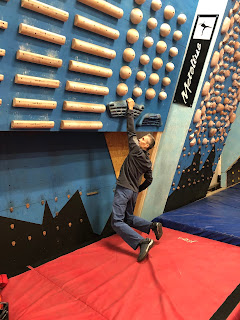 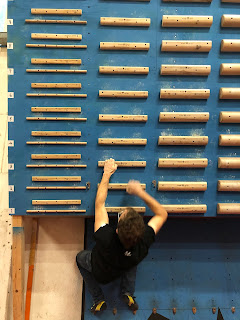 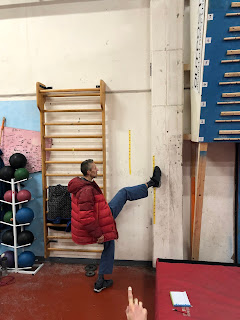