A week skiing in Gressoney. You need to hike to find the best turns. 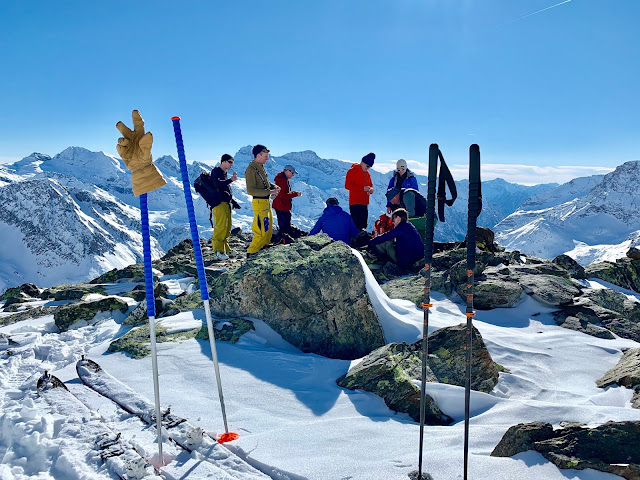 My friend James Thacker along with his wife Alison  run the Off Piste Performance company.  The issue for them was that Alison was about to have a baby.  James asked me if I could take over from him and ski with his  group in Gressoney which is part of the fabulous Monte Rosa ski area in the Aosta valley.
Kenny Grant was the other Mountain Guide working on the course.  We stayed at the Gletcher hotel at the head of the valley in Staffel. This proved to be a great base, it was run by the delightful Francesca.

The brutal truth was that we did not have the best snow conditions because it had not snowed anywhere as much as it had in the northern alps and especially Chamonix.  In addition there had been very strong winds particularly in the Champoleuc valley.   The good snow was hard to find but we were able to do this because everyone was equipped with touring bindings fitted to off -piste skis. 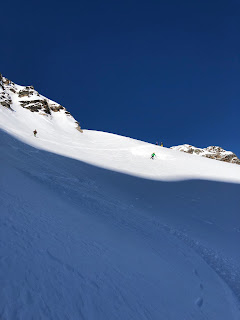 This allowed us to do a mixture of some good tours and we found our selves in some great places . 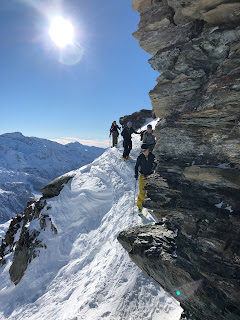 Plus some memorable descents all which would have been impossible without the flexibility of touring equipment. 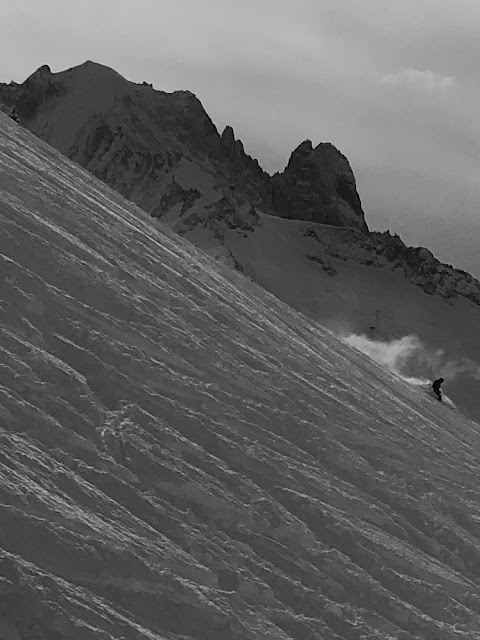 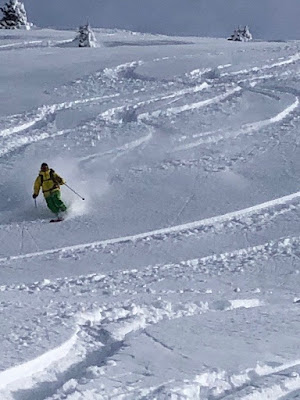 Posted by Mark Seaton at 4:37 pm No comments: