A Picture worth a Thousand words. 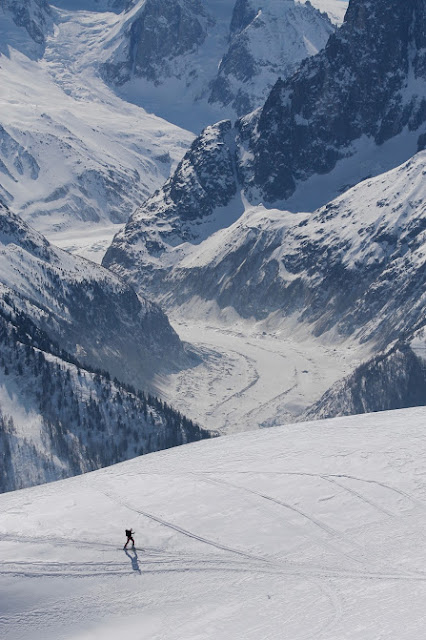 There was a group of Peter Craig Barry Patrick

Possibly the best way to show case the week is to provide the link to Peter Harper's photos.[If the link doesn't work copy and paste the link into the browser]

Sunday : We skied at Le Tour

Monday: We climbed Punte Crocce high above La Thuile in the Aosta Valley

Tuesday : Up the Aguille du Midi where we skinned over to the Italian side before skiing down the comb de la Vierge. They even made a video of their day whhich can be seen by copying this link

Thursday: From top of Flegere we traversed around on the Chamonix side before heading up to the col d"Encrenaz.
Posted by Mark Seaton at 9:59 am No comments: 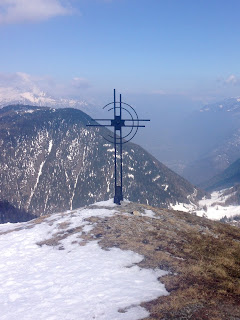 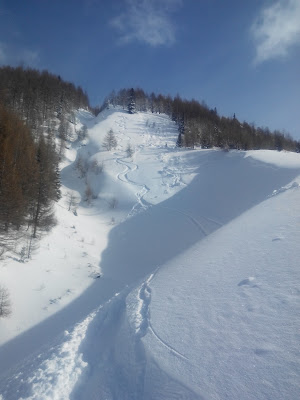 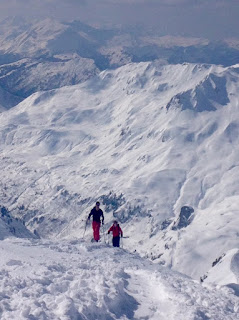 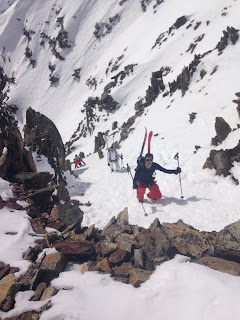 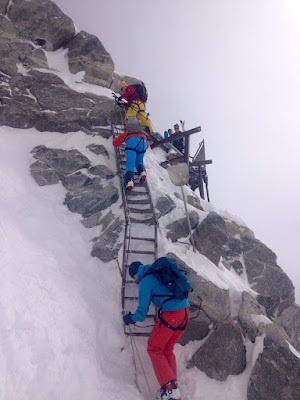 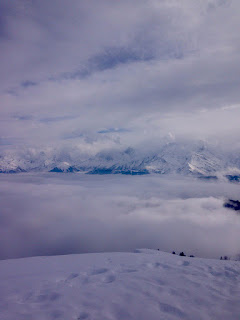 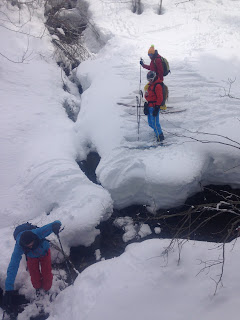 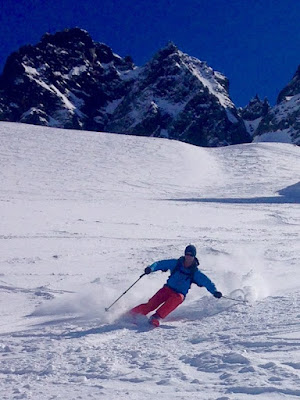 Posted by Mark Seaton at 6:37 pm No comments: