Mark the Mountain Guide On You Tube

We now have Mark the Mountain Guide promotional video on You Tube. This was made by my very good friend Faerthen Felix. All the footage was shot by her and her husband Jeff Brown. They borrowed the Girls for the vertigo shots of the girls on the Via Ferrata 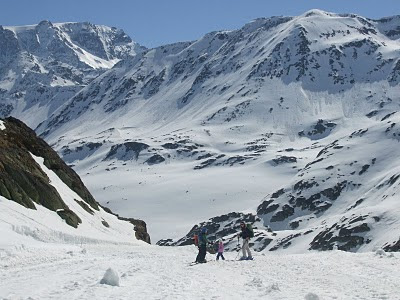 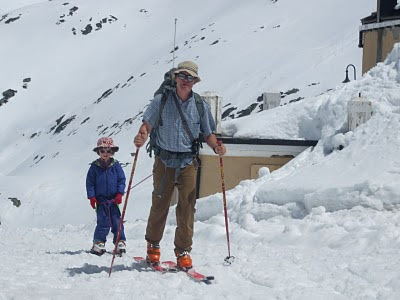 On Sunday we decided to take the Dangerous Sisters up to the Grand St Bernard Hospice for the night. Andrea and Florence had already been but this was the first time for Sophie who is only 4 years old.
We set off from the road head and skinned up on our ski mountaineering skis while Sophie had her own personal ski tow [me]
When we arrived the girls spent the afternoon jumping off the roof of the old morgue.
In the evening Andrea gave a Recorder Recital during Prayers and then she had a "Master Class" lesson from Yvon [Top Monk]
In the morning after a visit to the Museum we had a fantastic spring snow descent back to the car.
Posted by Mark Seaton at 9:57 am No comments: 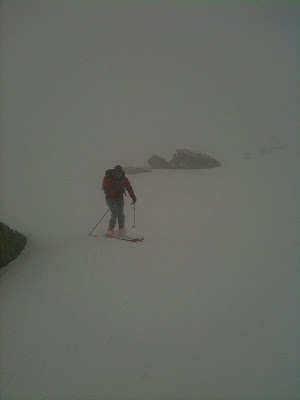 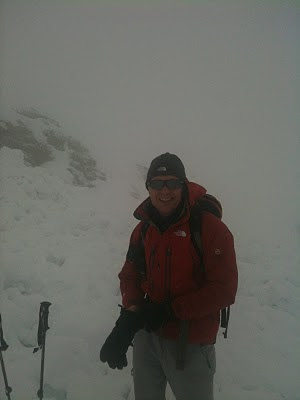 Well plan A had been discussed for many months: Charles Sherwod and I were to attempt a ski ascent of the Aiguille Verte. But when we met the weather was so awful that we couldn't even get our skis on. So plan B was to climb the new route voie Caline
(near the Via Corda) This was quite an undertaking in the rain, but provided some "good sport" and was excellent preparation for Charles trip to the Lake District.
The next day was not much better. We headed to Switzerland with the aim of climbing the excellent --Dyure-le eperon near to Champex. But it started to rain. So we headed to Dorenaz where it was bone dry and got some good climbing under our belts.
The forecast was better but the reality wasn't. We got to the foot of our route and it started to rain. So it was back to Dorenaz where we climbed until our arms fell off.
Now the Forecast was good for Sunday so we decided we could get the skis out for an attempt on Le Buet. We met at 6.00am but still the sky was not clear and therefore didn't freeze. Mind you we still made the effort and climbed for over 3 hours until we hit zero viz and high avalanche risk so we reluctantly turned round and skied down. We didn't make any of our primary objectives but we still were well exercised and had an adventure.
Posted by Mark Seaton at 7:13 pm 1 comment: 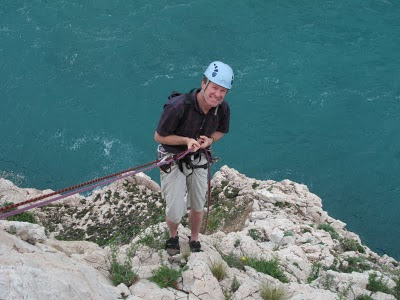 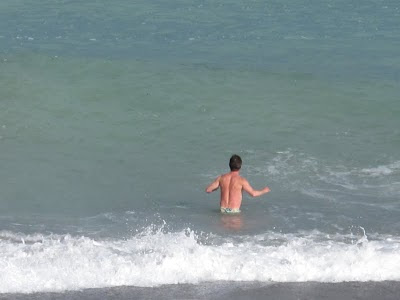 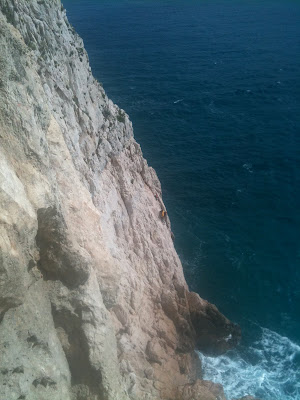 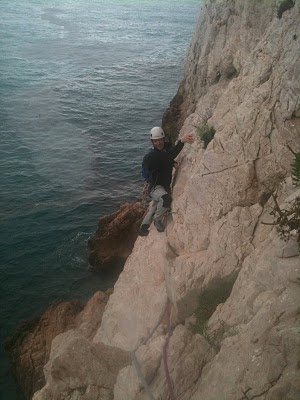 I was in a major dilemma as what we should do. The weather forecast was awful and there wasn't a cat in hells chance of getting any ski tours completed safely. So I said to Chris Dovell " Let's ditch the ski touring idea and go rock climbing" Being super flexible Chris and always up for something different he jumped at the idea and we headed to Finale Liguria which is bout 3 hours drive from Cham. The only problem in this great plan was that it was still raining when we arrived. So we had a long lunch and then headed for Capo Noli which is a sea cliff about 7 km from Finale. The thinking being that the bad weather would pass over our heads. This proved to be more or less correct and we spent 3 days climbing on the cliffs
Posted by Mark Seaton at 6:45 pm 1 comment: