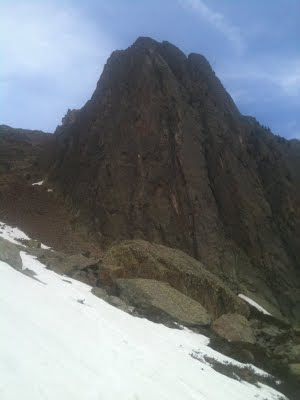 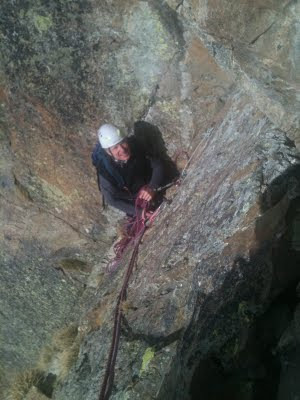 Our final day we decided to try and makeup for the previous days debacle by climbing the East face of the Aiguille de Praz Torrent which is a very good mountain rock climb protected by traditional gear and pitons. This proved to be a very good climb and I would recommend it to anyone who wants solitude and is up for a long steep approach.
Posted by Mark Seaton at 10:37 am No comments: