Return of the Klingons

One of my Guide friends brilliantly described the name for this phenomenon. This is when you set off down some remote off piste run with your group only to find you have been followed by some idiots. "Klingons"

Chris Boulton has been putting his group of skiers together for 20 years and we again met for a weekend of off piste skiing. We skied off the back of Le Tour heading way skiers right and found some very good snow. We skied down to just above the Lake near les Jeurs and stopped for a picnic lunch. it was as we stopped that 3 men asked me where to go now.
They had just followed us. They had no avalanche safety gear nor any idea about anything.
When I told them it was our intention to skin back out and up to the lift, they asked what are skins? They took their skis off and immediately sank to their waists.
I took some sadistic pleasure in skinning past them as they struggled exhausted through the snow. Still they were considerably better off than one of the groups who followed me a few years back : One of that group fell head first into a crevasse and had to be fished out by the PGHM. 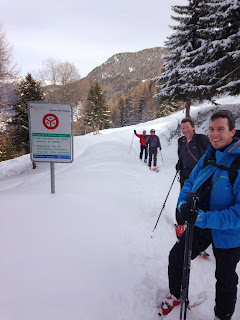 In search of good snow [and Cake] 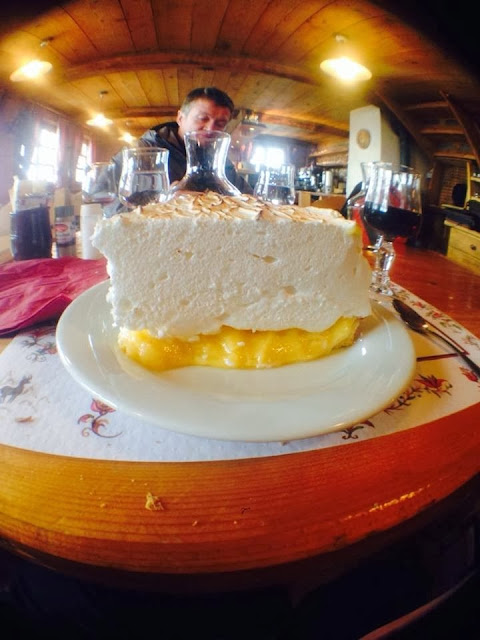 I over heard a Brit in a cable car saying how he had been coming to St Gervais for 17 years and had never actually skied in Megeve. John Cackett and I on the other hand skied in La Thuile,Courmayeur,Combloux, Geittaz, Pila,La Fegere-Brevent and Megeve attempting to make sure we found the best snow and conditions which we mostly did. 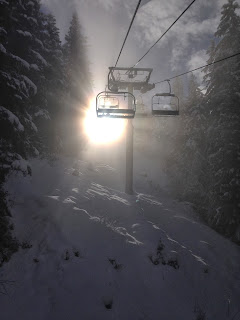 Posted by Mark Seaton at 8:57 am No comments:

Mt Blanc Tunnel is not all Bad

The trucks passing through the Mt Blanc Tunnel might be responsible for making Chamonix one of the most polluted towns in France but it has allowed us to pass from the land of no snow to the land of cold fresh powder. The off -piste skiing in Courmayeur and La Thuile has been wonderful. 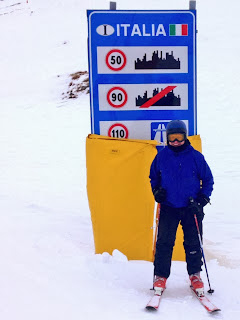 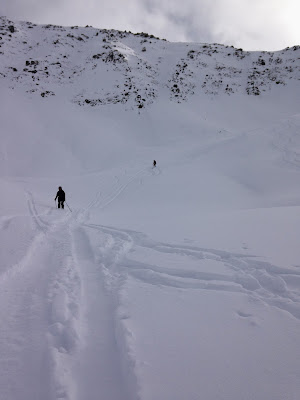 Posted by Mark Seaton at 2:25 pm No comments: