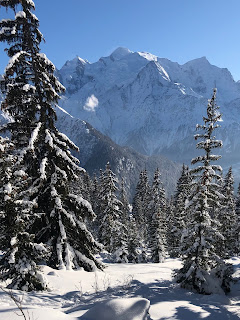 I was quite astonished to turn up a Plaine Joux ski station to find the police directing the traffic and making sure every car was parked carefully, in order to maximise the places. The weather was beautiful, the scene was completely perfect. There were people everywhere.  The one thing that was not right was that the lift system wasn't actually open..

This was clearly not an issue for everyone there.  In fact `I suspect that the fact that the lift was closed was part of the attraction.  There were people skinning up the pistes with their dogs [ something you aren't normally allowed to do].

In addition  a constant stream of parapenters passing over head 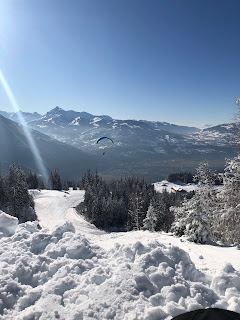 There were even people there celebrating big birthdays .  This was us. Reuben decided that there could be no better way to spend a birthday than on a ski tour in jaw dropping surroundings. 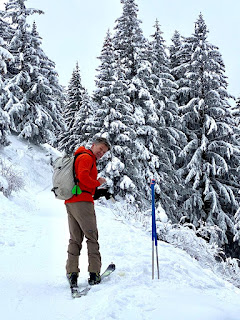 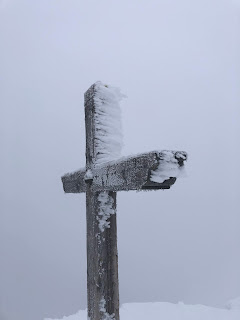 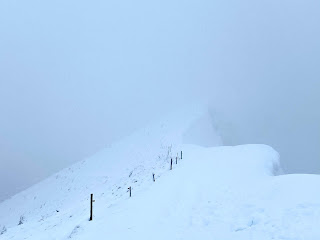 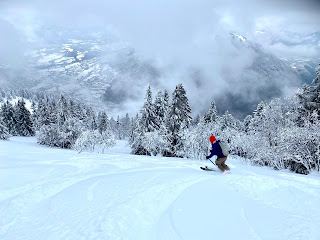 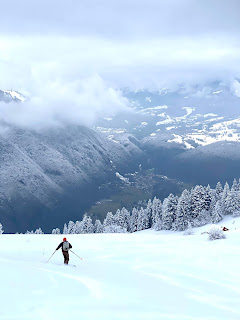