One day its -15c and I'm using "T- Bag" footwarmers the next day its +5c and its raining.
Well it was raining in Chamonix but a quick trip through the Mt Blanc Tunnel and its snowing again. In fact I have been through the tunnel 4 times in the last week. 3 times to Courmayeur and once to La Thuile.

I kicked off the season with a visit from Mark Locke with an excellent day in Courmayeur followed by a very cold day on Grands Montets which was going just fine until I hit a dip, my ski came off and clipped my ear which then sprayed blood everywhere and resulted in 10 stitches.

The next day I was joined by Geoff Gosling and his daughter Aimee. It was raining and snowing on arrival at Les Grands Montets. In addition because the place is understaffed they hadn't got round to the avalanche controls , so it was closed.

We drove through the tunnel to Courmayeur and it was snowing. The skiing was good.
The next day it was snowing hard in Chamonix and everything was shut. Our attempts to return to Courmayeur were thwarted because the Mt Blanc tunnel was shut because it was threatened by avalanche from above. So we skied in Les Houches where we had some good snow. Geoff then had a meeting he had to fly home for.
On Tuesday Aimee and I 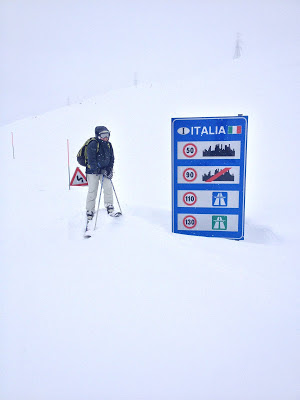 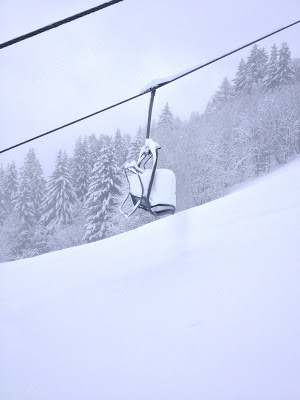 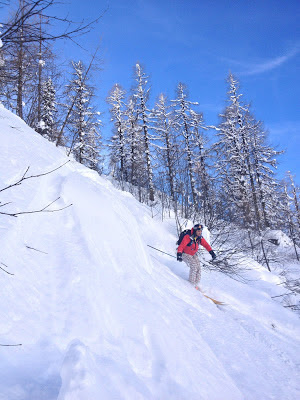 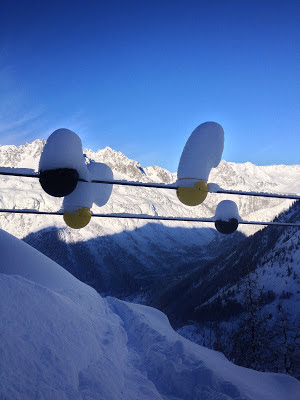 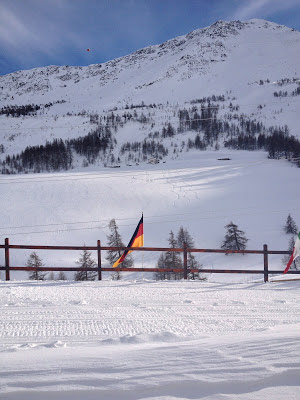 headed straight to Courmayeur and with lots of falling snow where had a days powder skiing , which would go down as one of those days that are called spectacularly good.

Geoff returned from his meeting and brought some good clear skies with him and we headed for Les Grands Montets. The only issue was so did the rest of the world and like normal it got tracked out quickly. Geoff unfortuantely twisted his knee just as we were finishing the day and frustratingly had to miss our final day together.

So today it was just me and Aimee and with the weather looking very grey we again zipped through the tunnel to La Thuile. We once again came across some exceptionally good turns and some outstanding tree skiing.
Posted by Mark Seaton at 1:15 pm No comments:

Anyone worried that the snow might not arrive should relax

The snow was predicted , but when isn't it predicted in a ski resort? Nevertheless this time the amount forecast was wrong.Yet 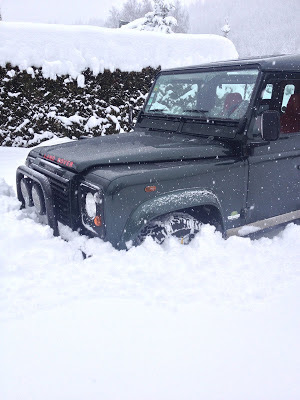 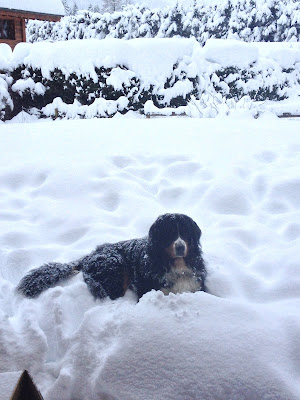 happily this time to the skiers advantage. We have had a meter of snow in our garden. At first it fell like polystyrene pellets - light and near perfect. Then the temperature rose and it almost rained turning the snow to a heavy mush which threatened to swamp the Chamonix snow plough's.
Posted by Mark Seaton at 9:18 pm No comments: