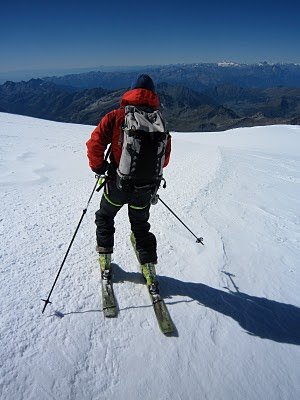 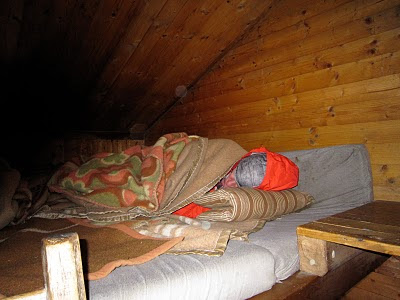 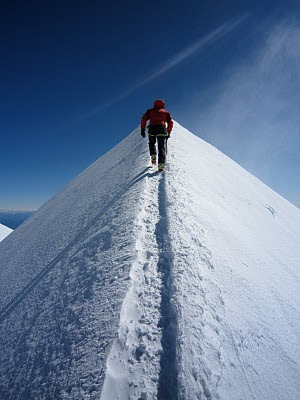 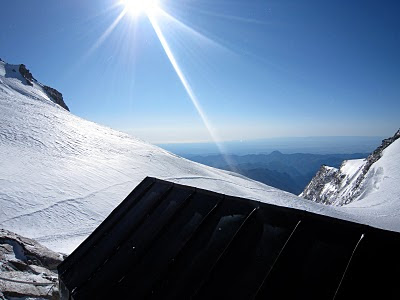 What do you do when there is too much snow to attempt the route you had planned ? Simple you go skiing. This is exactly what Charles Sherwood and I did. Charles had failed to climb the Parrotspitze 8 years ago due to artic weather conditions. So I suggested that we try again. We drove around to Gressoney and took the cable car upto Puntra Indren and carried our skis to the new Mantova Hut.
Next day we carried our skis for about 20 minutes before finding enough snow to start skinning up toward the Parrotspitze. Now if the weather had been bad 8 years ago it was just as bad this time. The wind was like a bad winters day in the Cairngorms and it was bitterly cold. At one point I was knocked off my feet by gust of wind and blown along the ground helpless to stop. We struggled on to the Balenhorn bivy hut where we dived under the blankets in an attempt to warm up. After a couple of hours the wind dropped and we dared to venture out. After an hour we dumped the skis and climbed the impressive ridge to the summit of the Parrotspitze.
It was then on with the skis and back to the lift station in about an hour.
Posted by Mark Seaton at 8:34 am