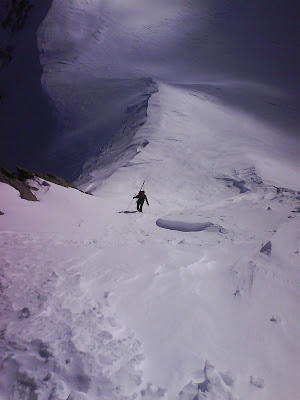 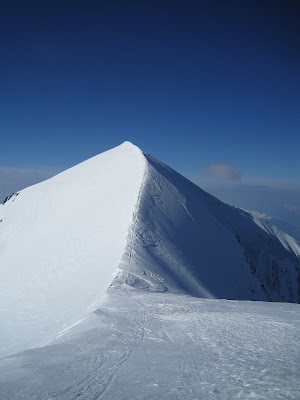 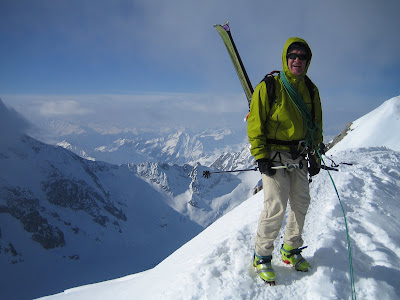 Chris Dovell and I are just back from a day of sensory overload. It started at 7.00am as we travelled through the Mt BlancTunnel to Courmayeur where we were due to rendezvous with a helicopter. Eventually the pilot arrived on his motor bike. He pushed the helicopter out of the hangar, checked the oil and then we jumped in and seven minutes later got dropped at the Col de Infranchissable. From there we skinned up to a higher col before putting our crampons on and climbing one of the worlds most iconic snow ridges to the summit of the Domes de Miage.
We then jumped on our skis and skied down the northface following the Armancette glacier . After exactly 2040m of vertical descent we ran out of snow and walked back to our pre- placed car. We were back in Chamonix by 2.00pm
Posted by Mark Seaton at 5:09 pm