The Ibex of Cingino Dam . 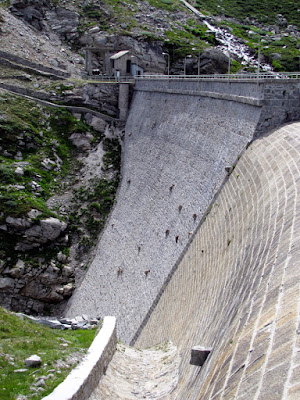 Last week I got a call from the BBC to ask if I could help rig a camera for a unique never been attempted film project.
The plan was to film the Ibex which climb the Cingino Dam in order to lick the salt deposit off the rock. The salt is forced out of the rock by the water pressure . 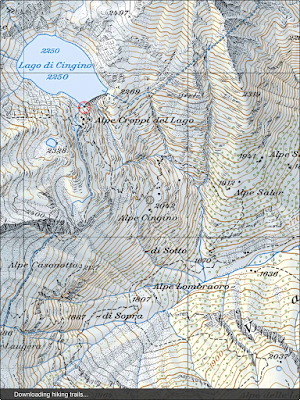 Rather sensibly it was felt that we should walk up to the dam and make a recce. The plan was to see if we could fix a tensioned cable way across the front of the dam with the intention of mounting a camera.

So I left home at about 5.30am and drove over the Simplon pass to Villa Dollassa in Italy where I met up with Roberto Bianchi who is a wild life photographer and expert on the Ibex. 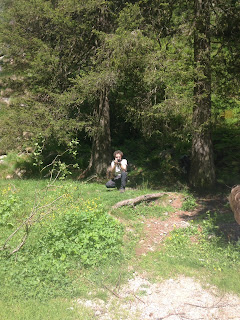 A few minutes later we were joined by Alex Rankin , the producer of the episode. We all then drove to the head of the Antrona Valley , dumped the car and started the beautiful walk up to our un manned Refuge at 10.00am 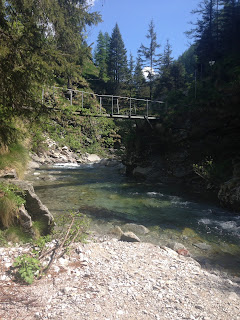 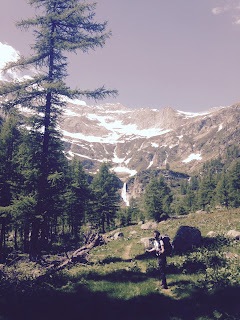 It was a fair pull up to the hut taking 4 hours . 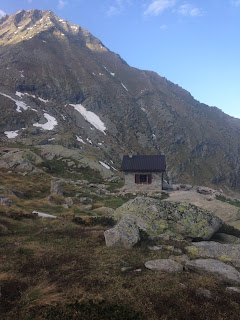 We unpacked our stuff and then crept over to the dam which is about 5 minutes walk from the hut we were staying in.

Luckily the ibex were on the dam. The site is simply incredible. I couldn't quite take in how steep the dam wall was and how big the ibex were. Some must have weighed over 300 kg. 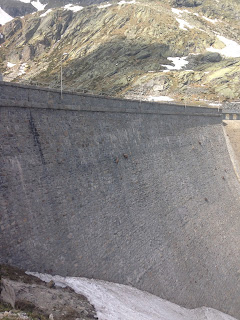 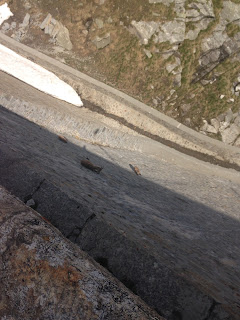 We spent the afternoon and the next morning checking out potential anchors and making risk assessments. It was just before we headed down back to the valley that I got to be even more impressed by the ibex: As I stood at the bottom I decided to have a go at climbing the first couple of meters of the dam to see what it was like. 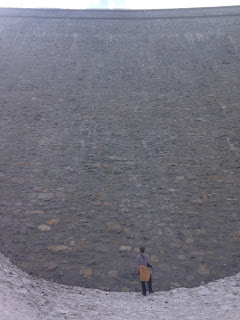 I struggled up about a meter and slipped off!