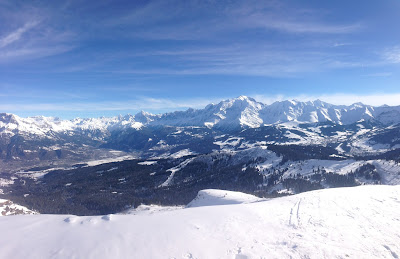 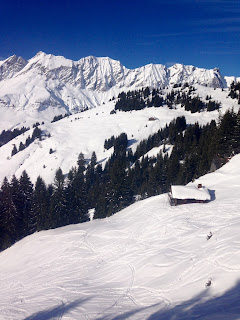 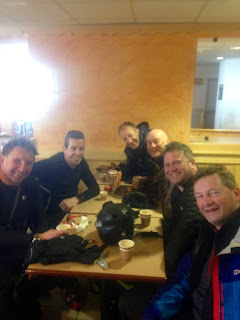 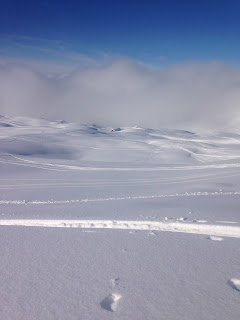 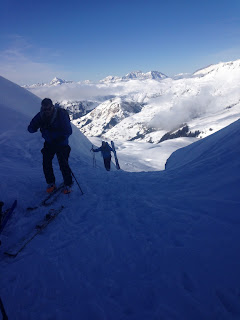 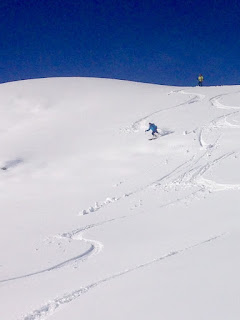 Thanks Mark, as always 2 great days ski touring under your leadership. Sunday was filled with trying to ski 8,800 vertical meters "An Everest", on piste. This was managed with 5 minutes go of lift closure, achieving a final total of 9,200M across 45K. Skiing in great soft piste conditions in Le Tour and Grand Montets. A fantastic end to to a great skiing weekend. See you next year !

Thanks Mark. An excellent piece of prose to complement an excellent weekend of ski touring. You captured the emotion of the garlic filled car equally as well as the fantastic snow conditions and combined your role of Mountain Guide so effectively with that of 'Mother' to see us through a great couple of days of ski touring. Same time, same place next year. Fran